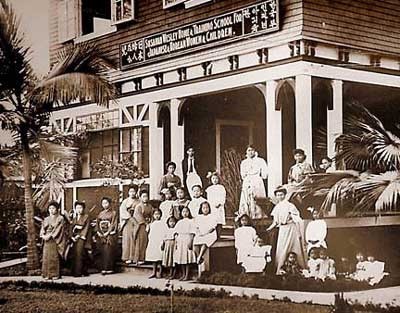 In 1899 the Women’s Home Missionary Society, of what is now known as The United Methodist Church, sent missionary Ms. Ella Holbrook to Hawaii to reach out to Japanese and Korean immigrant women working on the plantations of Waipahu, Oahu. Her goal was to provide English and sewing classes to the women. Within a few short years, a succession of female missionaries established a home for girls who were orphaned, abandoned, or whose parents were unable to care for them. The “Susannah Wesley Home,” named in honor of the mother of Methodist Movement founder John Wesley, housed over a hundred girls at a time for nearly four decades, providing a loving, learning environment that enabled girls to grow up to become independent, responsible, contributing adults. The girls of the Home ranged in age from 4 to 20 and became known as the “Susie Girls.”

When the need for “orphanages” decreased, the Susannah Wesley Community Center (SWCC) emerged as a multi‐purpose agency serving the needs of a diverse population. The Center’s offerings have included a nursery school, playground, after‐school clubs for youth and English classes for adults. Soon SWCC provided outreach services, Head Start classes, study hall programs and expanded its work to include mental health services for youth and adults. For more than 100 years, programs and services have been configured and reconfigured as community needs dictate. 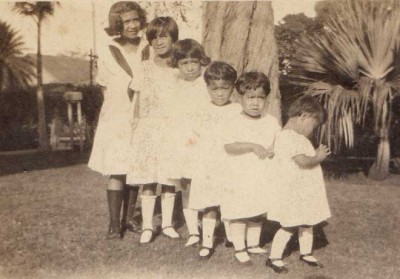 The following timeline highlights key milestones in our organizational history as we have grown and changed to meet the diverse needs of our community throughout the first 100 years and into our second century:

1899: A $500 appropriation from the Women’s House Mission Society of the Methodist Episcopal Church sends Miss Holbrook, a missionary, into Waipahu to make house-to-house visits with Japanese women on the plantation. She organizes English language and sewing classes.

1903: Elizabeth J. Blois cares for unattended plantation children in a small rented cottage with a $500 appropriation for the Women’s Home Missionary society. She names the cottage the Susannah Wesley Home & Training School for Japanese and Korean Women & Children in honor of the mother of John Wesley, founder of the Methodist Movement.

1919: The Home moves to its present location on Kaili Street in Kalihi. It is renovated to accommodate 100 girls of diverse ages and ethnic backgrounds. Many old-timers in Hawaii still remember SWCC as a home for girls.

1956: Responding to the decreasing need for orphanages, the Home converts to a treatment center for young children with serious emotional and behavioral problems. Due to difficulties with funding and finding qualified workers, the decision is made to close the treatment center in less than a year. 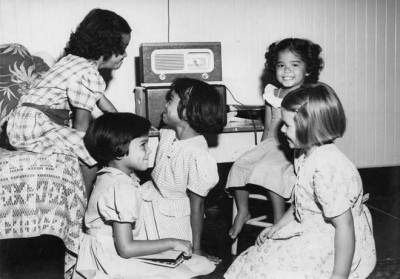 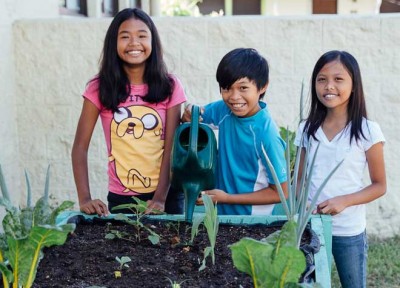 Why I love Susie…

Every child needs to feel protected, nurtured and loved, but not every youth has this. The Juvenile Assessment Center provides youth with a second chance and an opportunity to become stellar members of society. 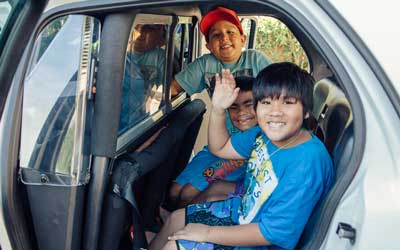 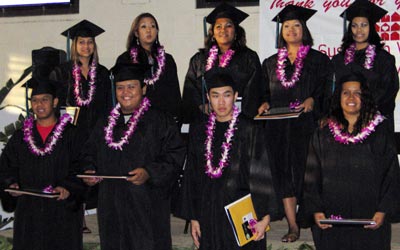